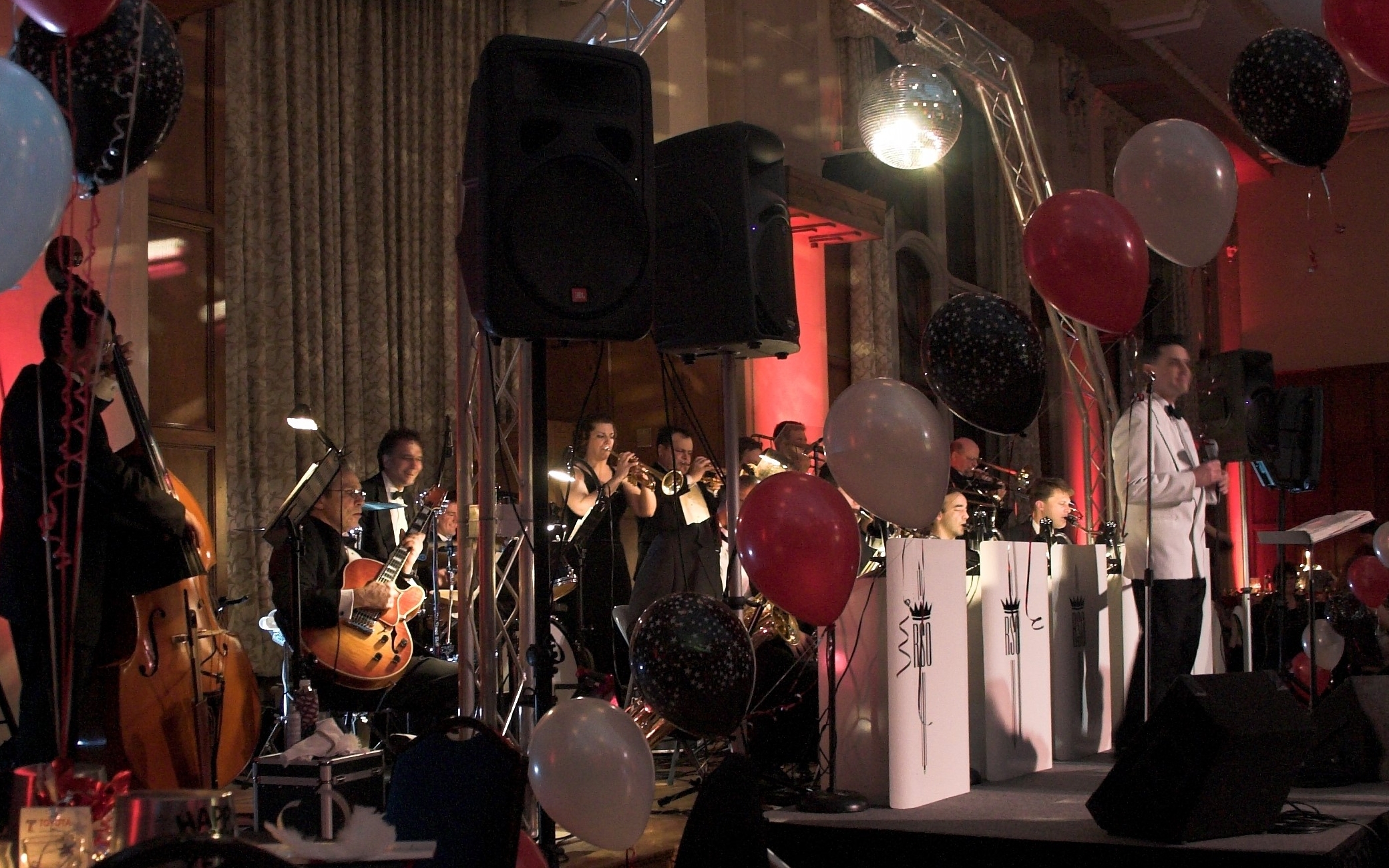 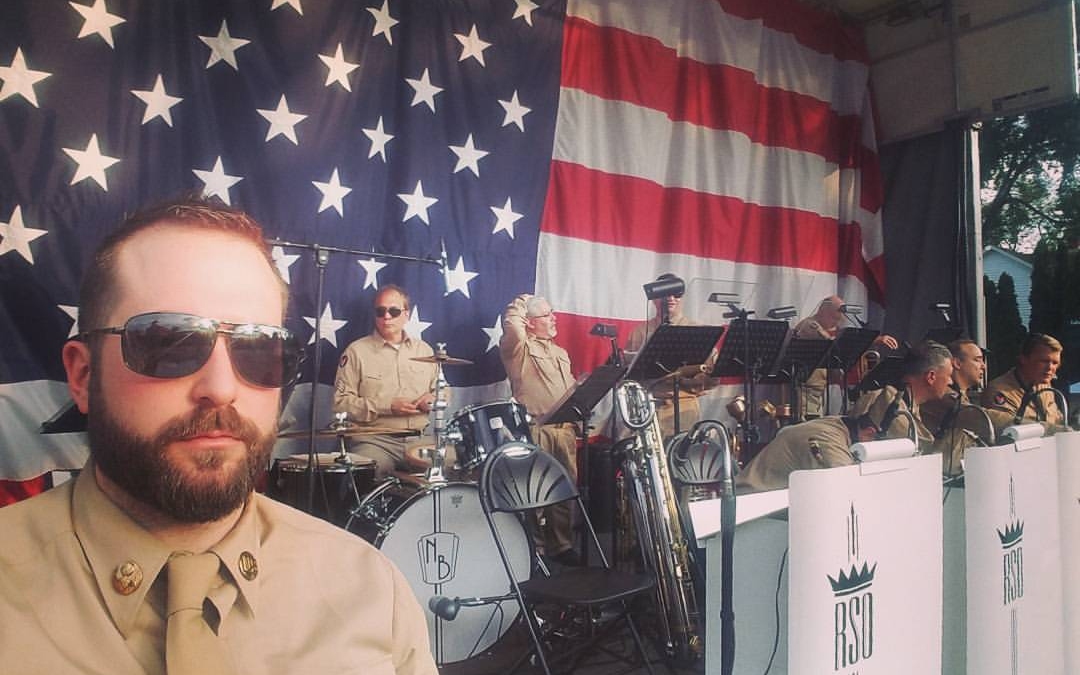 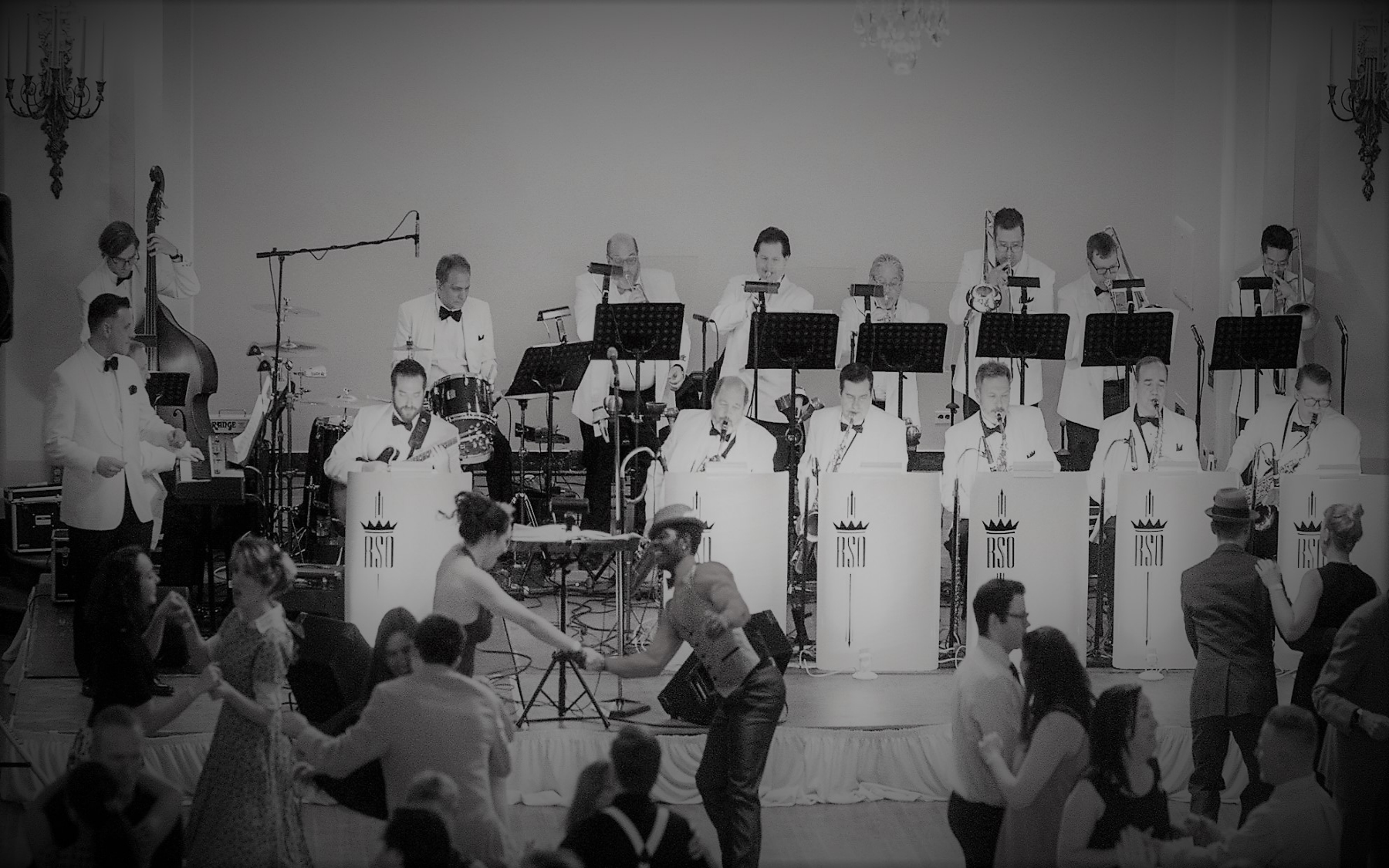 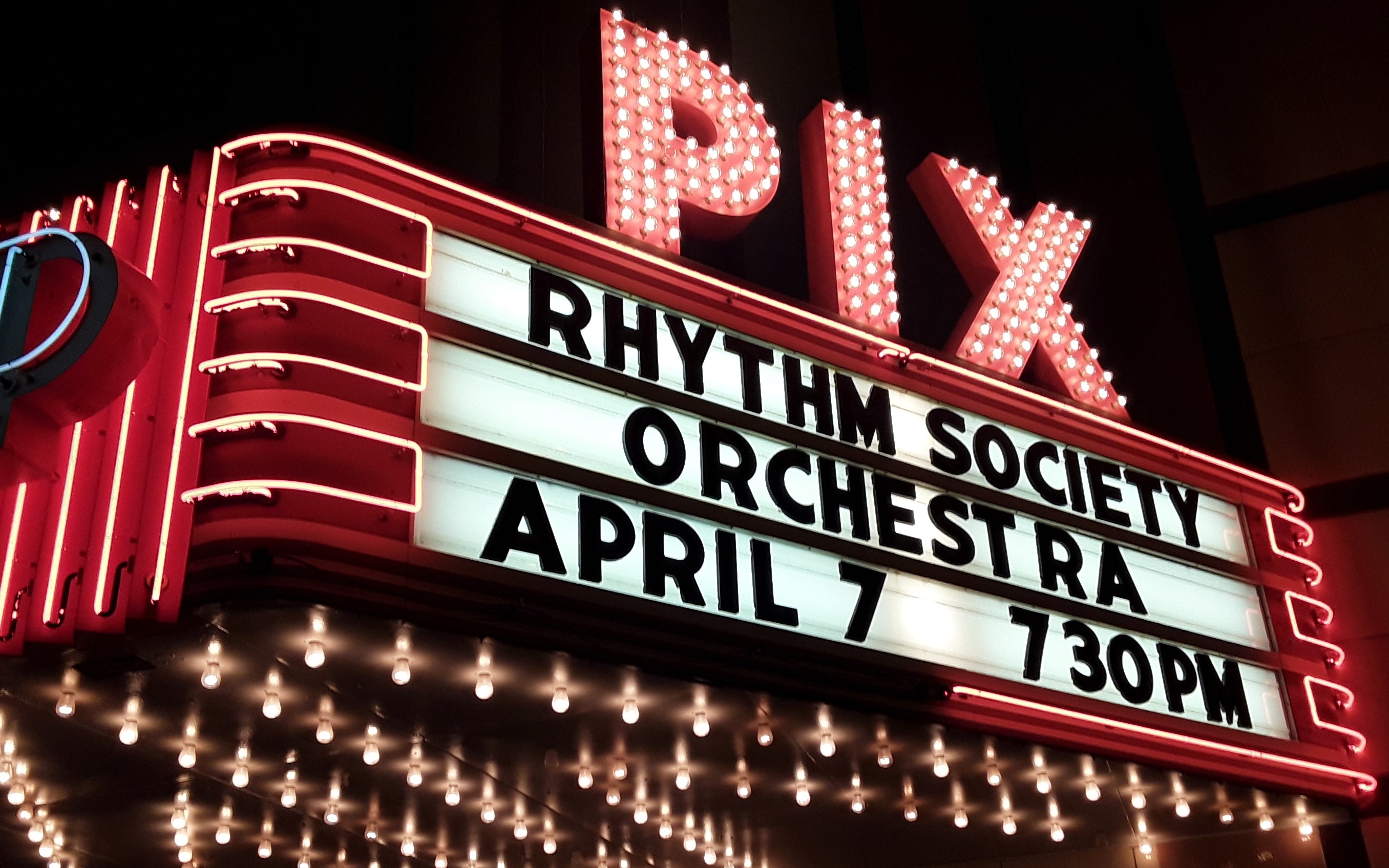 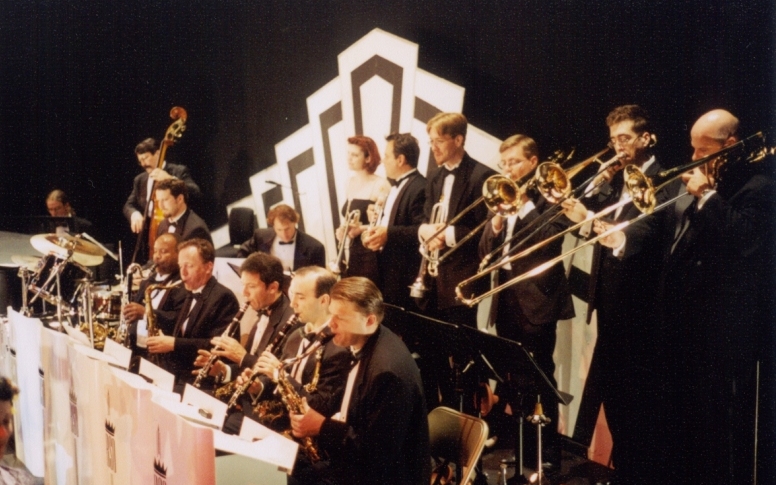 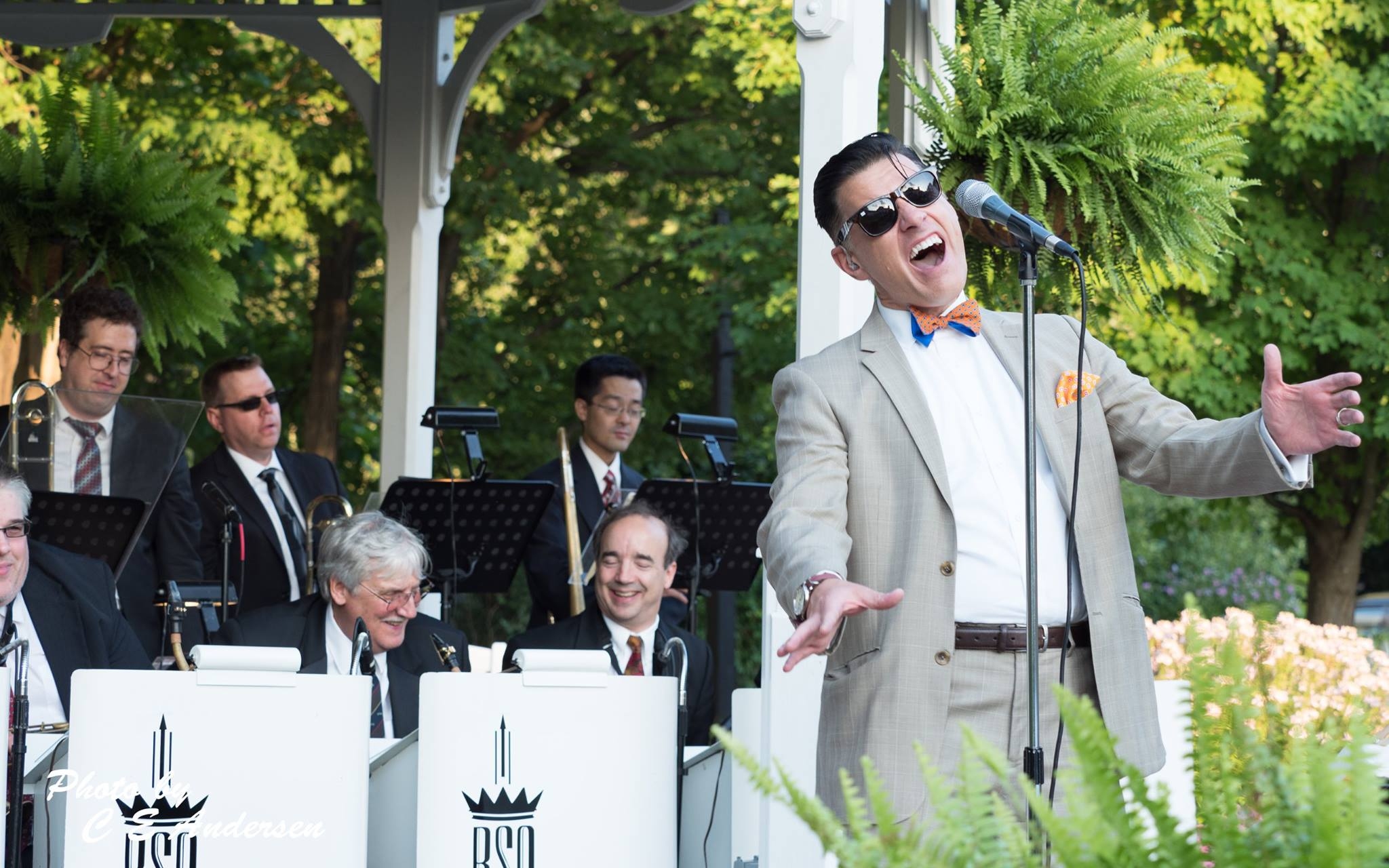 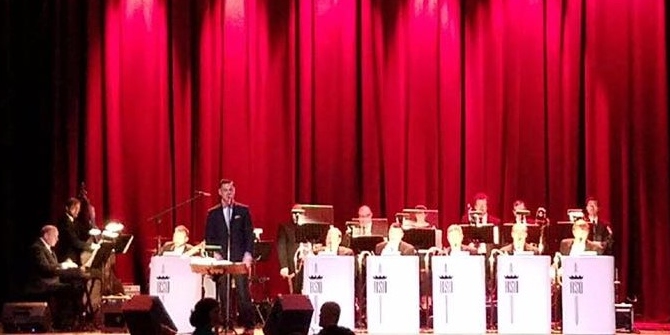 The RHYTHM SOCIETY is a 15-piece dance band specializing in true vintage swing music. Their sound is heavily influenced by Count Basie and Harry James. Although based in Detroit, this band covers top venues throughout the Midwest and has been featured on numerous television and radio programs.

Crooner Paul King describes his style as "a mixture of Mel Torme, Joe Williams, and Frank Sinatra - with a dash of Cab Calloway thrown in". Detroit's Metro Times jokes "His voice has been banned in some nightclubs for inducing public displays of affection on the dance floor."

The Rhythm Society Orchestra has been featured at many of the Midwest's largest swing dance events including dance workshops with some of the world's top instructors.

The Rhythm Society was recently featured in a Michigan-made independent film, Forever in Time, directed by Chuck Grady.

"Backed by the solid, horn-heavy sounds of the swingin' Rhythm Society, handsome front man Paul King belts out the tunes in vintage suave style. In an instant, you'll be transported into the dance halls of the '30s and '40s, where a cool-suited cat grabs the hand of the nearest full-skirted honey and the dance-floor crowd parts to watch them take a manic dip and twirl." - Karen Fisher, METRO TIMES

June 27, 2021 : Dance at the Detroit Yacht Club
Dance in the beautiful Detroit Yacht Club Grand Ballroom. Dance lesson included with admission then RSO plays for swing and ballroom dancing from 3:15 to 7:00. Tickets are $25 in advance or $35 at the door. Cash bar. Vintage, cocktail, formal and snappy attire. For reservations send a check payable to John Gibson, 1074 Lakepointe, Grosse Pointe Park, MI 48230 or PayPal at www.swingslam.com/dyc

July 11, 2021 : Fundraiser in Sanilac/Lexington
Join us as we take a Sentimental Journey back to the 1940s at the BIG BAND BASH event. Guests will enjoy an evening of appetizers, dinner, live and silent auctions, a swing dance lesson and dancing to the Rhythm Society Orchestra, all to support the Sanilac County Historical Society! The event is at Lakeview Hills Golf Resort 6560 Peck Rd, Lexington. Early bird tickets will be on sale from March 2 - 8 for just $75 per person. On March 9 the ticket price jumps to $85. With limited seating, this event expects to sell out quick.

January 22, 2022 : Dinner-Dance in Livonia
Detroit Burns Club annual dinner-dance to honor the poetry of Robert Burns. This ticketed event is open to the public - be a Scot for a day! This event also features a live pipe band and dancers. At Burton Manor in Livonia. Their admission price is a fantastic deal for the live entertainment, drink and food! Buy a table and bring your friends. Call 248-987-4654 for tickets

February 19, 2022 : Masonic Temple, Detroit
This is an old-fashioned battle of the big bands, just like it was done back in the day, with the bands trading sets and working into a swinging frenzy and a voice vote by the swing dancing faithful! It is Michigan vs Ohio: RSO vs Swingmania! The battleground is at Masonic Temple in the beautiful, expansive Crystal Ballroom. Dance lesson at 7:00 then it is on to the battle of the century. 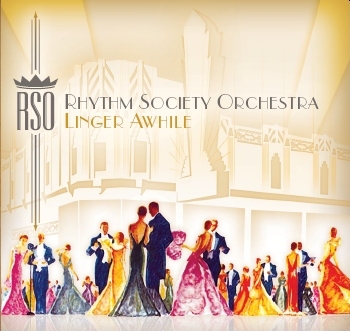 CD's are $15 each, plus shipping.
Please select your desired quantity, then click continue.
We set out to re-create classic and a few lesser-known performances of the swing era, played as they would have been years ago but recorded here in high fidelity while using 1940’s vintage microphones. Vocalists Paul and Melissa King and the hot solos peppered throughout play integral roles in setting the tone that drives these renditions home. Whether you sit and listen or dance up a storm, we hope you enjoy these performances.

7 - Every Day I Have the Blues 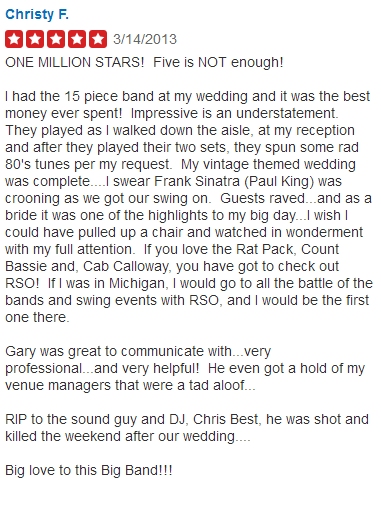 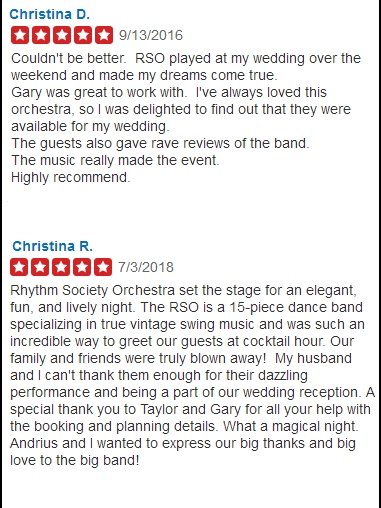 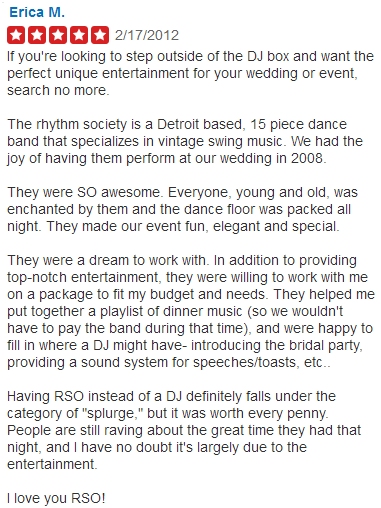 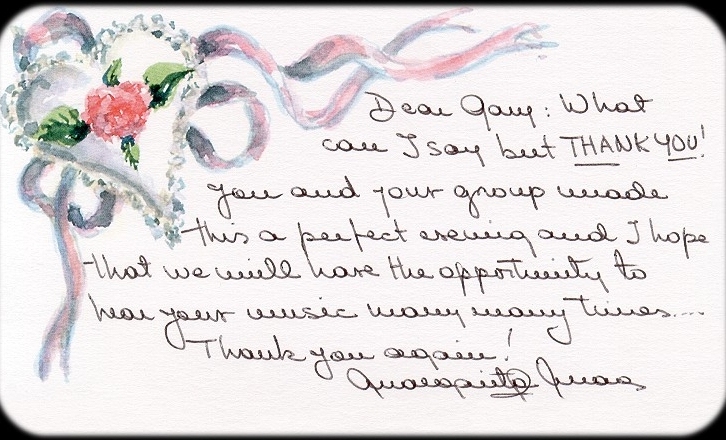 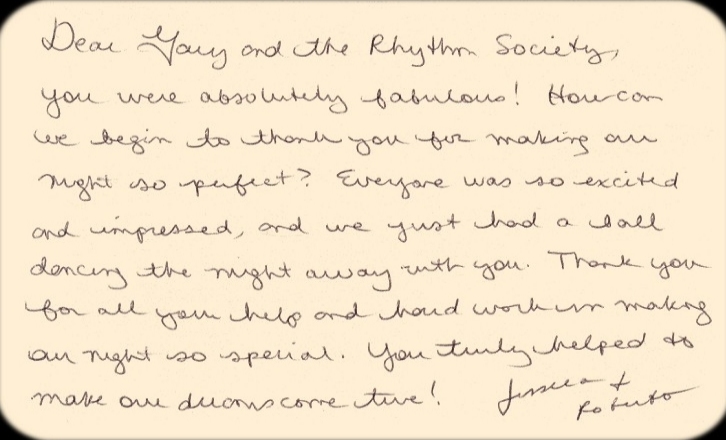 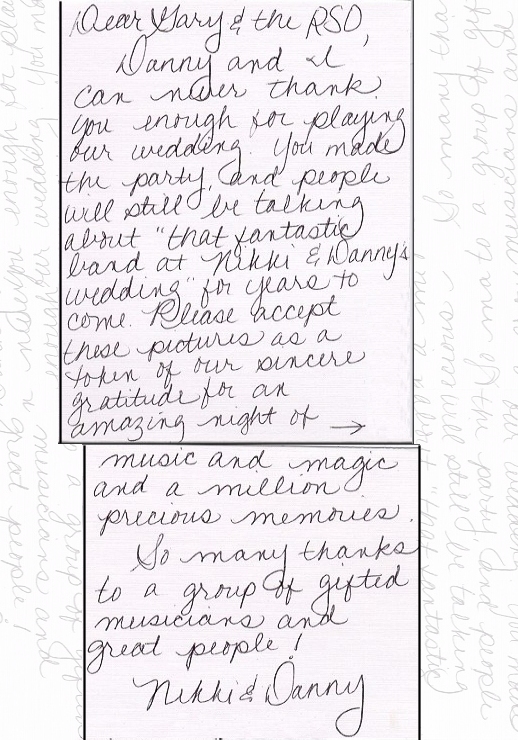 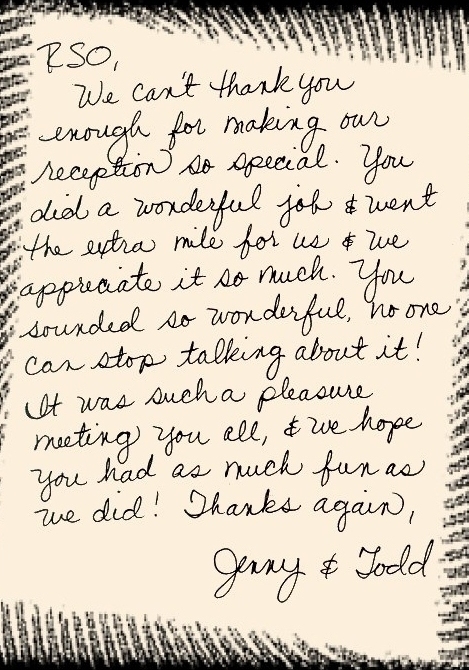 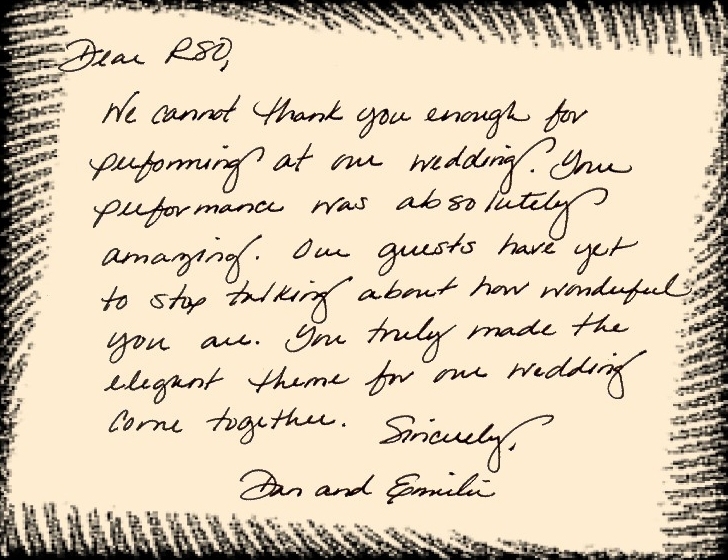 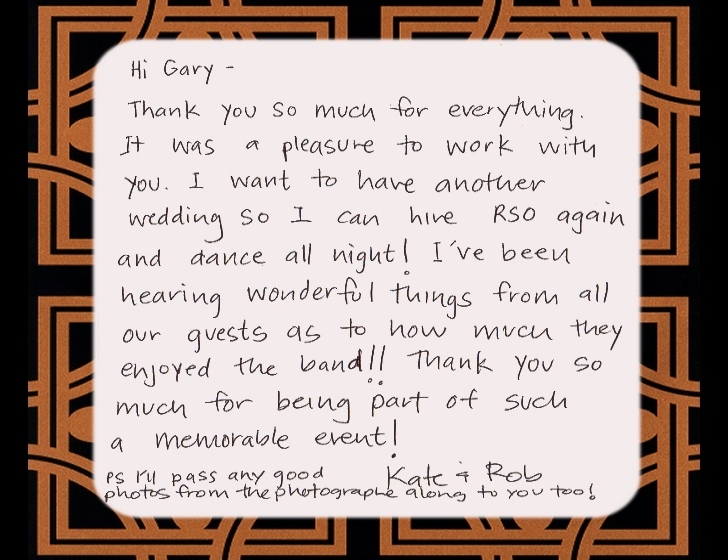 We believe in utmost professionalism. We have played for numerous first-class events. We know the right questions to ask and have the experience to ensure that your function's entertainment is stellar.